After a few days of meet-and-greet sessions, school tours, seminars, and sponsor visits – you know, the stuff they show us via prolonged montages right before commercial breaks  – it’s time for the real competition to begin!

The first event was the Group 2 Swimsuit Competition, held at the Versailles Palace in Alabang, where the 2012 and 2013 pageants were held. 28 contestants showcased their winning forms, including Mauritius‘ Yanishta Gopaul, who arrived after last Monday’s opening dinner.

In the end, three girls who alphabetically stood next to one another in this group emerged victorious. Russia’s Lada Akimova won Bronze medal and Peru‘s Karen Rojas won Silver for the most animated presentation of the evening. While the Philippines’ very  own Karen Ibasco won Gold for her sexy catwalk. Photo-ops by the pool ensued, then it was time for the next challenge event. 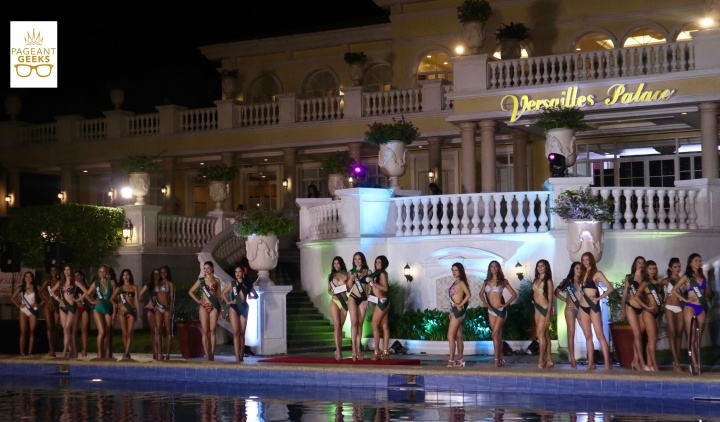 But first, here are more photos from the competition: