Alabama – Hannah Brown
This interior designer seems to have the competitive edge to her state back in the running after its seven-year placement streak was broken last year. But with the new management’s emphasis on achievements and compelling back stories, she might have to fight tooth and claw to secure a spot.

Alaska – Brooke Johnson
The Last Frontier ended its 27-year placement drought last year, thanks to the gorgeous Alyssa London. Her petite successor may not be a shoo-in, but her interesting looks and polished stage presence make her a worthy dark horse. Being the first female photojournalist of Coastal Television might help.

Arizona – Nicole Smith
Diagnosed with ADD at the age of eight, she is now an entrepreneur who launched her own beauty brand. Right now, she seems to be edged out by other equally-strong candidates, but her solid performance could make her a worthy alternate.

Arkansas – Lauren Weaver
The daughter of a breast cancer survivor of eight years, this Miss Teen USA alum has blossomed significantly since her 2014 stint. She could easily be touted as a Top Five shoo-in based on looks alone. But with the recently-revamped criteria, her prospects now depend on how moved the judges, sorry, members of the selection committee, are with her back story.

California – Kelley Johnson
In a year where nearly 1/5 of the delegates stand in the 5’4-5’5 range, it’s difficult to miss a 6’2 stunner, even if you try. Followers of Miss America will also recognize her as the 2016 2nd Runner-Up who incorporated her profession into her talent presentation: a monologue about a nurse treating a patient with Alzheimer’s Disease. She also drew mixed reactions for citing Ellen DeGeneres as a woman she wants to put on the $10 bill, which, naturally, led to an appearance in The Ellen Show. Even without that prior exposure, the committee will likely reward her for her solid preliminary performance. The question now is: Can she replicate or even surpass her previous lofty finish, when she was still Miss Colorado? And speaking of Colorado… 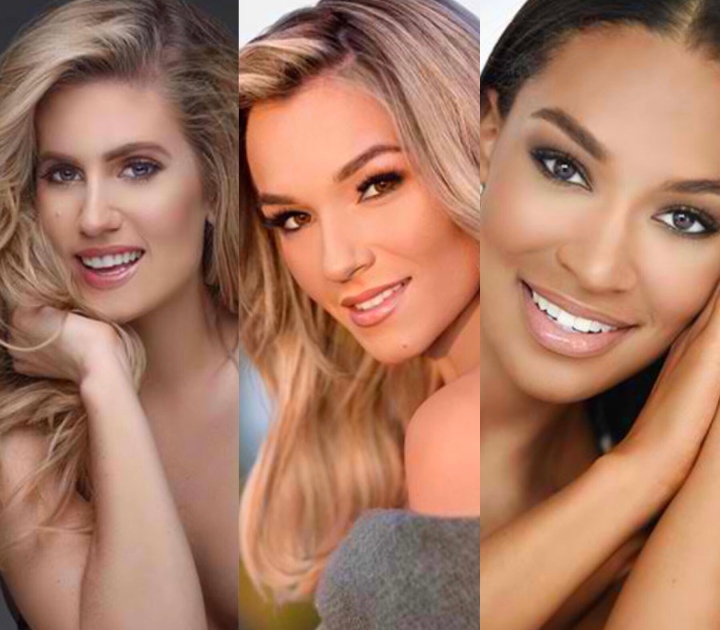 Connecticut – Jamie Hughes
Her coming from a multicultural family and her involvement with the Make-A-Wish Foundation could earn her some extra nods, but apart from those, she’s in the middle of the pack.

Delaware – Sierra Wright
It’s comforting to know that her state no longer bears the burden of having zero placements, but that breakthrough has yet to be followed through. This one-time American Idol aspirant (which season, though?) may be a long shot, but her pretty face and solid evening gown presentation could make her a worthy shocker.

District of Colombia – Bryce Armstrong
Attention will be directed towards her for patently obvious reasons. Yes, a lieutenant and a scientist are tough acts to follow back story-wise, but this bakeshop owner still delivered a placement-worthy preliminary performance.

Florida – Génesis Dávila
It’s been a long and arduous journey for this boriqua. She’s taken shots at representing Puerto Rico internationally, having placed 1st Runner-Up in Miss Intercontinental 2012 and had a far less fruitful run in Miss World two years later. In this pageant, she tried out for Miss 52 in 2016 but was ultimately shut out. And last year, she became the center of a dethronement scandal for using her own make-up team in the state pageant. It’s nice to know that the dust has settled since then, and it’s a thrill seeing her bringing her A- game.  Will she finally end her pageant career with a bang?

Georgia – Marianny Egurrola
With 16 Top Five placements throughout this pageant’s history, it’s hard to fathom why the Peach State has never won the title. But after delivering a fiery performance during the preliminaries, this Colombian-born bombshell might just secure that overdue breakthrough. And, well, with the MUO continuously trying to appease Colombians with consecutive Miss Universe Top 3 placements as of late, crowning her would be a nice additional token.

Hawaii – Julianne Chu
To her credit, this Miss Teen USA 2010 alum looked her best during the preliminaries, but she’ll most probably be overtaken by other favorites.

Idaho – Téa Draganovic
Bosnian women, albeit donning different sashes, have been recognized by the MUO system before – not bad for a country that has yet to make its Miss Universe debut. This year, a woman of similar lineage has been making a positive impression in Miss USA thus far. While far from being a shoo-in, she could still pull a refreshing surprise.

Illinois – Karolina Jasko
There was early clamor for this photogenic Polish-American to sustain, even surpass, her predecessor’s Top 5 showing last year. However, the buzz dissipated a bit after her rather flat preliminary performance. Her best shot now would be an upset placement.

Indiana – Darrian Arch
Had she competed before the WME/IMG takeover, this Maya Rudolph dead ringer would have easily occupied the cellar. But now, being aspiring doctor who recently established a partnership with the Indiana Donor Network might salvage her chances. 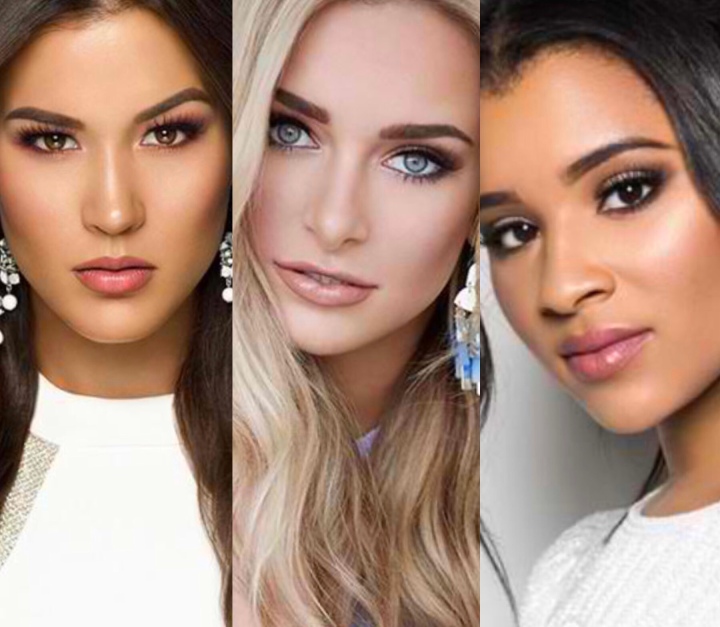 Iowa – Jenny Valliere
This blogger one of the oldest contestants at 27, but also one of the shortest at 5’4. Among this year’s bevy of strong candidates of Latin lineage, she is the likeliest to trail behind.

Kansas – Melanie Shaner
You never know. She’s a solid contender, and her sister candidate won Miss Teen USA last weekend. Some of the good juju might spread on her.

Kentucky – Braea Tilford
It would be easy to dismiss her as another potential also-ran based on photos alone, but after her impeccable preliminary performance last week, a shock placement is now more conceivable.