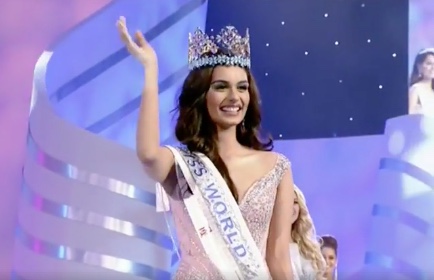 And regain its clout it did!

India’s Manushi Chhillar has captured her country’s 6th Miss World crown, 17 years after Priyanka Chopra‘s win in 2000. The 20-year-old model from the northern state of Haryana bested 117 other beauties for the 2017 title.  The pageant was held for the 7th time in Sanya, China on November 18. 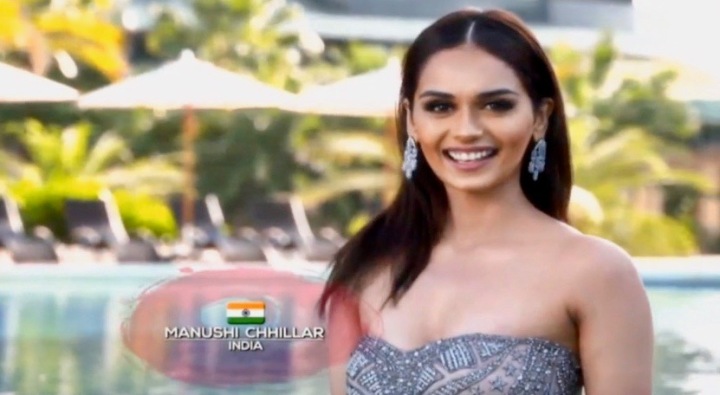 The daughter of two doctors, Chhillar is currently pursuing her medical degree at the Bhagat Phool Singh Government Medical College for Women in Sonipat. She aims to one day become a cardiac surgeon and open hospitals in rural areas.

Her winning Beauty with a Purpose project, entitled “Project Shakti“, tackled menstrual hygiene awareness. She shared her title with the delegates of Indonesia, Philippines, South Africa, and Vietnam. She is now the first Beauty with a Purpose Fast Track winner to win the crown. Moreover, both India and Venezuela now have 6 Miss World titleholders each. 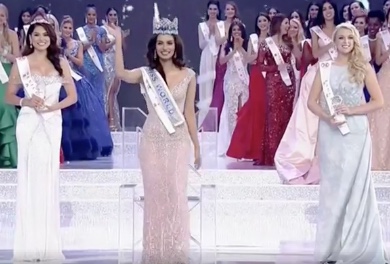 This year, 40 contestants made the first cut. 20 were chosen through the new “Head to Head Challenges”, while the remaining half was selected through Fast Track challenges and judges’ picks.

Finishing 1st Runner-Up for the third time for her country was Mexico‘s Andrea Meza, while 2nd Runner-Up was England‘s Stephanie Hill. Rounding up the Top 5 were France‘s Aurore Kichenin and Kenya‘s Magline Jeruto.

More on the results, when we post our complete review! But for now…

Congratulations, Manushi! And welcome back to Miss World glory, India!