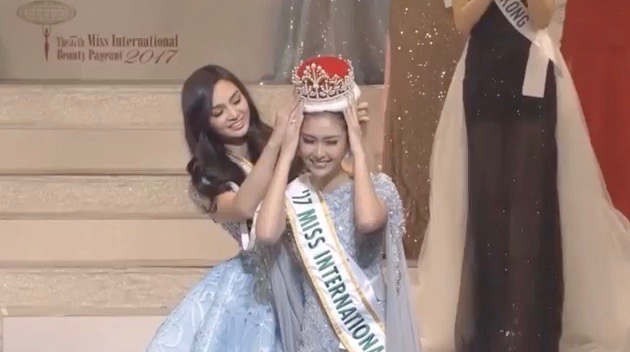 In a convention-breaking turn of events, Kevin Lilliana of Indonesia was crowned Miss International 2017 on November 14 at the Tokyo Dome City Hall in Tokyo, Japan. The 21-year-old model from Bandung, West Java bested 68 other international candidates and was crowned by incumbent titleholder, Kylie Verzosa of the Philippines.

It was the first time the pageant made another cut after announcing the semi-finalists. Rounding up the Top 8 and participating in the Speech Round were Ashley Powell of the United Kingdom, Jocelyn Mieles of Ecuador, and Phounesup Phonnyotha from first-time participant Laos.