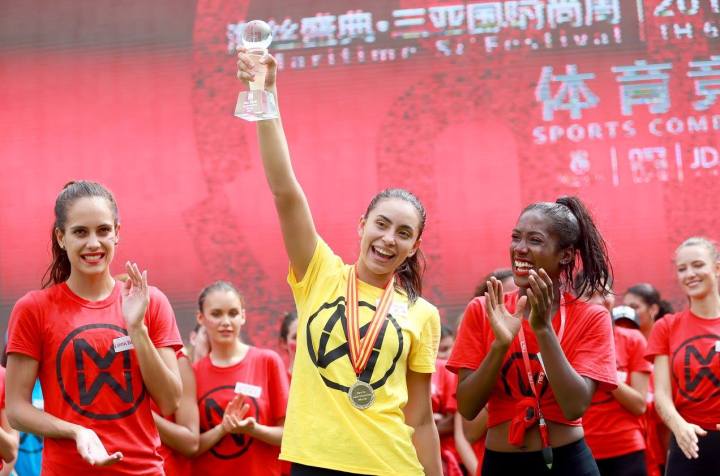 Dominican Republic‘s 22-year-old Aletxa Mueses is now the first contestant to enter Miss World 2017‘s Top 40, after winning the first of five Fast Track events that guarantee placements for its winners. She is now the second woman from her nation to win the event since Marianly Burgos in 2011.

Finishing in second place was the Cook Islands‘ Alanna Smith, who missed replicating her predecessor’s achievement by a hair. And rounding up the Top 3 was Blue Team member  British Virgin Islands‘ Helina Hewlett, who was curiously grouped with the Red Team.

The challenge began with all contestants participating in a basic fitness test. After which,  the fittest candidates from each of the three (3) teams advanced. They were:

The qualifying contestants were then subject to more endurance-testing challenges, including skipping, stomach crunches, and test runs. The final leg was the swimming race, where Fiji‘s Nanise Rainima stole the show by helping a struggling Miss Kenya  complete her lap.

By the end of the challenge, the RED TEAM was announced as the winning team, but the  overall individual winner coming from the YELLOW TEAM.

Those who’ve been following the Head-to-Head Challenges diligently will not find this victory surprising. In her introductory video, Aletxa is featured playing basketball and tennis. She further substantiated her love for athletics during her interview, saying “When we exercise, when we’re doing sports, we’re all in movement, we’re energized. And when we feel healthy, we feel good inside…” 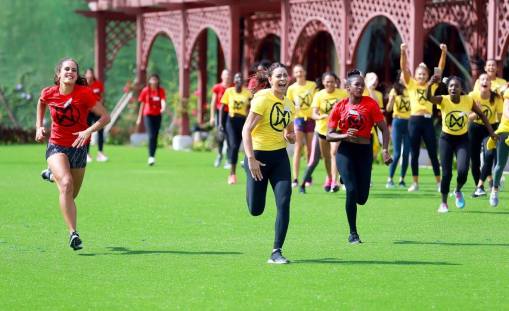 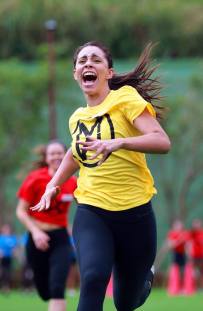 Congratulations and welcome to the Top 40, Dominican Republic!